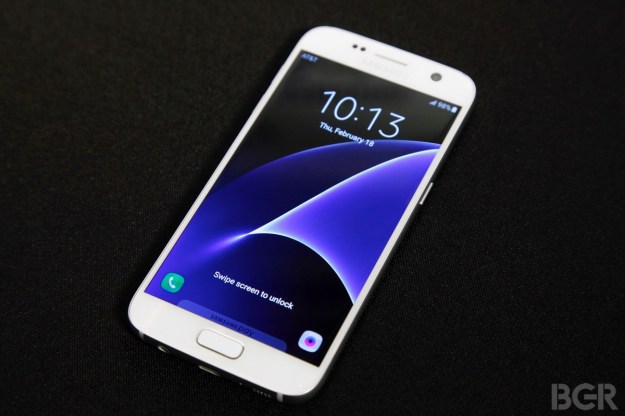 The Galaxy S7 was just announced and it’s already impressing Android fans all over the world. The handset is one of the best, if not the best high-end device announced during Barcelona’s mobile event this year, and that’s abundantly clear from the moment you pick one up to try it for the first time. Rather than creating a new design, Samsung stuck with what worked for the Galaxy S6 and made several improvements under the hood that fans will immediately notice and appreciate.

While the first Galaxy S7 reviews have yet to arrive, a display expert has already managed to get his hands on the phone and has analyzed it in order to determine whether or not Samsung’s flagships still have the world’s best display.

The news comes from DisplayMate screen expert Raymond Soneira, who has closely inspected every major smartphone released in recent years, including previous Android from Samsung. Until the Galaxy S7 rolled along, DisplayMate said the Super AMOLED screen on the Galaxy Note 5 was the best in the world — even better than the Galaxy S6.

That conclusion just changed because Samsung managed to create an AMOLED screen that’s just as good as the Note 5’s but with pixels that are packed even more densely, which is quite an accomplishment indeed. According to Soneira, the Galaxy S7’s screen impresses because components had to be scaled down by 20% compared to the Galaxy Note 5 without losing performance.

The new display is also 24% brighter than the Galaxy S6’s screen at maximum brightness.

Soneira also discovered that the Galaxy S7 brings over two important display enhancements, including the Always-On Display mode that delivers permanent notifications while barely affecting battery life. The second one is even more interesting, a Personalized Automatic Brightness Control mode that learns and remembers the user’s various settings in certain ambient lighting. The feature is useful not only because the phone switches brightness levels automatically based on what your current lighting conditions and preferences are, but also because is conserves energy in the process.

When it comes to comparing it to the iPhone 6s, the expert says that Samsung’s AMOLED beats Apple’s LCD  panel in several key ways, highlighting one particular type of use where the Galaxy S7 is better than the iPhone 6s: Using polarized glasses.

“The Galaxy S7 and Galaxy Note 5 are neck-and-neck record holders for display performance, effectively tied or alternating between first and second place in almost all categories except screen size for the much larger Galaxy Note 5, and the much higher pixels per inch for the Galaxy S7,” Soneira wrote. “What is especially impressive is that the overall display specs and performance of the Galaxy S7 have been maintained or improved after being scaled down by 20 percent in area from the Galaxy Note 5. So… as the result of its even higher PPI, the Galaxy S7 becomes the Best Performing Smartphone Display that we have ever tested.”