Galaxy S7 appears to have a serious performance issue

Galaxy S7 appears to have a serious performance issue 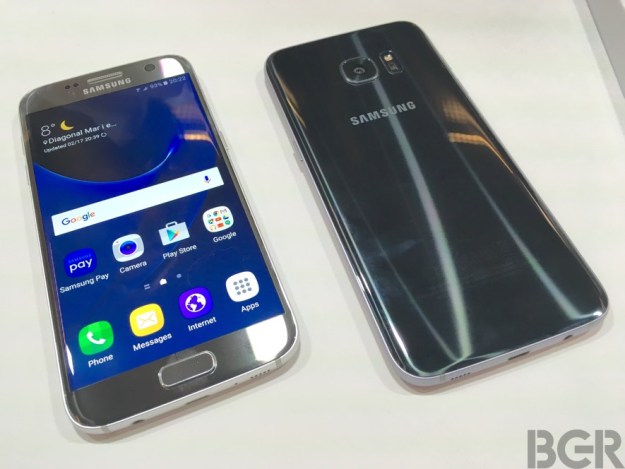 There’s little doubt that the Galaxy S7 and Galaxy S7 edge are going to be two of the most capable Android phones released in 2016. Samsung is always at the front of the pack when it comes to performance, but a single decision regarding the chipset may have a major impact on the international appeal of the flagship devices.

As we noted earlier this week when AnTuTu published its latest benchmarks, Samsung is using two different chipsets around the globe for Galaxy S7 models: the company’s own Exynos 8890 and Snapdragon’s 820 processor.

This isn’t the first time an Android phone has used different chips based on the country in which it’s sold. The issue here is that Samsung stuck to a single chip, the Exynos 7420, on the Galaxy S6 and S6 edge.

As Forbes contributor Gordon Kelly notes, there’s a huge gap between the benchmarks of the Exynos 8890 and the Snapdragon 820. In fact, the graphics performance differs by as much as 32% in favor of the Qualcomm chip. This might not have much of an effect at launch, but as software becomes more intensive over the course of this generation, the Exynos phones could very well fall behind.

What’s worse is that it can be next to impossible to know if you’re buying a phone with an Exynos chip or a Qualcomm chip. Typically Exynos-equipped phones are sold in the Asian markets while Snapdragons are sold internationally, but just last week a U.K. based carrier confirmed Exynos was coming to Europe.

It’s hard to imagine that this will have much of an impact on mainstream sales, but if Samsung ends up having its own version of the iPhone’s ‘chipgate’ scandal, it could sway some power users away from the S7 and S7 edge.