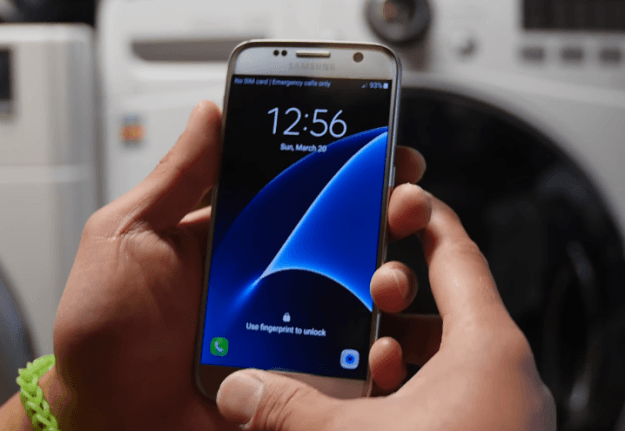 We’ve seen the Galaxy S7 survive all kinds of torture tests but a new video posted by YouTuber Max Lee puts Samsung’s newest flagship phone to its toughest test yet. Yes, Lee decided to put the Galaxy S7 through a full cycle in his LG washing machine that lasted about 45 minutes… and the device emerged from this ordeal unscathed.

Even though the Galaxy S7 got put through a high-speed wash, it still turned on right away when Lee pulled it out from a pile of wet laundry. The device’s fingerprint scanner was noticeably less responsive after the wash, which isn’t a surprise at all since all scanners work poorly when wet. That said, the touchscreen was still pretty responsive after coming out of the washer and the device had no problem connecting to Wi-Fi, playing music or recording videos.

All told, this is a pretty impressive showing by the Galaxy S7 and it shows how all the measures Samsung took to make the device water resistant have really paid off. Among other things, Samsung has:

Check out the full video of the Galaxy S7 being washed below.