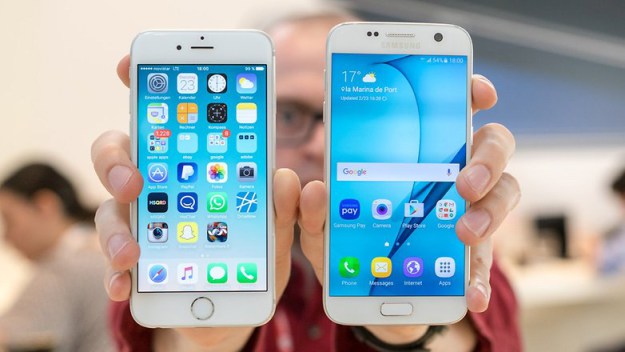 After Apple took an early lead in the smartphone camera battle a few years ago, the company had been trading blows with Samsung for quite some time until late last year, when most experts agreed that the Galaxy Note 5 took a decisive lead over Apple’s iPhone 6s and iPhone 6s Plus. Now Samsung’s new flagship Galaxy S7 andGalaxy S7 edge have been released, and early reviewers almost unanimously stated that the duo’s shared camera pulled even further ahead of Apple. But in at least one head to head comparison, Apple’s iPhone 6s Plus was still declared the clear winner.

Is it possible that Samsung’s 2016 flagship phones are outmatched by Apple’s iPhones, which are now nearly six months old? The answer may lie in a newly published in-depth camera comparison.

It’s tough to take a dedicated Apple blog seriously when it compares a Samsung phone’s features to the iPhone, but iMore has always been one of the most levelheaded Apple blogs out there. As such, the site’s comparison between the cameras on the brand new Galaxy S7 and the iPhone 6s Plus was definitely worth a look, though its conclusion ended up being a bit murky.

Now it’s time to look at a showdown performed by an authority in gadget testing.

While CNET has become a top source of tech news over the past few years, it is and perhaps always will be first and foremost a hub for product reviews and in-depth tests. And now, one of its reviewers has set his sights on the Galaxy S7’s new camera as it compares to the iPhone 6s Plus and Galaxy S6.

We noted in our Galaxy S7 and Galaxy S7 edge preview that Samsung’s new camera setup includes larger, brighter pixels in addition to a new autofocus mechanism that uses technology found in Canon DSLR cameras. The result, in theory, is better low-light performance and less blur in all lighting conditions thanks to faster focusing.

But how does the new camera work in practice?

Most early reviewers seem to agree that the Galaxy S7 sports the best camera the world has ever seen on a smartphone. Following my preliminary tests, I concurred. Now we’ve heard from CNET following a deep dive into the camera’s performance compared to Apple’s iPhone 6s Plus. The results, it seems, mirror the opinions of most other reviewers: The Galaxy S7 is king.

The site took a number of sample photos in a wide range of lighting conditions and analyzed the results. We won’t spoil all of the findings, but the review concludes that Apple’s iPhone 6s Plus only prevails decisively over the S7 in one instance: “Taking selfies in poor lighting.”

So if a phone’s camera performance is a top priority for you and you often find yourself snapping selfies in the dark, the 6s Plus is clearly the way to go. Otherwise, it looks like Samsung’s new flagship phones are the cream of the crop.

A few sample photos can be found below, but definitely check out CNET’s full camera showdown.