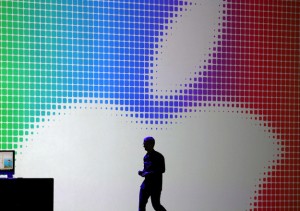 Apple earlier today filed its formal legal response laying out why it’s refusing to help the FBI hack into an iPhone 5c used by one of the San Bernardino terrorists.

Not surprisingly, the arguments Apple makes to the court are essentially the same arguments it’s been making in the press over the last week.

“This is not a case about one isolated iPhone,” the filing begins. “Rather, this case is about the Department of Justice and the FBI seeking through the courts a dangerous power that Congress and the American people have withheld: the ability to force companies like Apple to undermine the basic security and privacy interests of hundreds of millions of individuals around the globe.”

Indeed, Tim Cook himself has said that Congress, and not the courts, should be the ones deciding the perilous issue of mobile encryption as it pertains to issues of national security.

Speaking to this point, Apple argues that the government in this case consciously chose not to enhance its investigatory power via legislation, instead opting to have the courts do all of the dirty work. Not only that, But Apple even takes the government to task for attempting to use ‘terrorism’ as a catchphrase designed to play on the public’s emotions.

In furtherance of its law enforcement interests, the government had the opportunity to seek amendments to existing law, to ask Congress to adopt the position it urges here. But rather than pursue new legislation, the government backed away from Congress and turned to the courts, a forum ill-suited to address the myriad competing interests, potential ramifications, and unintended consequences presented by the government’s unprecedented demand. And more importantly, by invoking “terrorism” and moving ex parte behind closed courtroom doors, the government sought to cut off debate and circumvent thoughtful analysis.

Apple also writes that the idea that hacking into the iPhone would be just a one-time thing unique to the San Bernardino shooter’s iPhone 5c is preposterous. To this end, Apple writes that the government has already filed “multiple other applications for similar orders.”

With respect to the slippery slope argument that Apple has championed in recent days, the filing argues:

For example, if Apple can be forced to write code in this case to bypass security features and create new accessibility, what is to stop the government from demanding that Apple write code to turn on the microphone in aid of government surveillance, activate the video camera, surreptitiously record conversations, or turn on location services to track the phone’s user? Nothing

As to the legal basis for Apple’s motion, which seeks to vacate the court’s order that it must help the FBI, Apple writes that what the FBI is aiming to achieve here is unprecedented.

No court has ever granted the government power to force companies like Apple to weaken its security systems to facilitate the government’s access to private individuals’ information. The All Writs Act does not support such sweeping use of judicial power, and the First and Fifth Amendments to the Constitution forbid it.

What’s more, Apple writes that because software is akin to speech, the government shouldn’t be able to compel Apple to write software it objects to.

The demand violates Apple’s First Amendment rights against compelled speech and viewpoint discrimination. Apple wrote code for its operating system that reflects Apple’s strong view about consumer security and privacy. By forcing Apple to write software that would undermine those values, the government seeks to compel Apple’s speech and to force Apple to express the government’s viewpoint on security and privacy instead of its own.

The government’s demand also violates Apple’s Fifth Amendment right to be free from arbitrary deprivation of its liberties in that it would conscript Apple to develop software that undermines the security mechanisms of its own products.

Apple also articulates that complying with the government’s request would be unduly burdensome insofar as it would require them to effectively write a completely new operating system.

The compromised operating system that the government demands would require significant resources and effort to develop. Although it is difficult to estimate, because it has never been done before, the design, creation, validation, and deployment of the software likely would necessitate six to ten Apple engineers and employees dedicating a very substantial portion of their time for a minimum of two weeks, and likely as many as four weeks. Members of the team would include engineers from Apple’s core operating system group, a quality assurance engineer, a project manager, and either a document writer or a tool writer.

In addition, Apple would need to either develop and prepare detailed documentation for the above protocol to enable the FBI to build a brute-force tool that is able to interface with the device to input passcode attempts, or design, develop and prepare documentation for such a tool itself. Further, if the tool is utilized remotely (rather than at a secure Apple facility), Apple will also have to develop procedures to encrypt, validate, and input into the device communications from the FBI. This entire development process would need to be logged and recorded in case Apple’s methodology is ever questioned, for example in court by a defense lawyer for anyone charged in relation to the crime.

Apple’s full filing can be read in its entirety below.

As the legal battle between the FBI and Apple continues to rage on, Apple is reportedly already working on iPhones that they themselves wouldn’t be able to hack.SOURCE:VICE