How to get iOS 9.3’s best new feature on Android or any other platform

How to get iOS 9.3’s best new feature on Android or any other platform 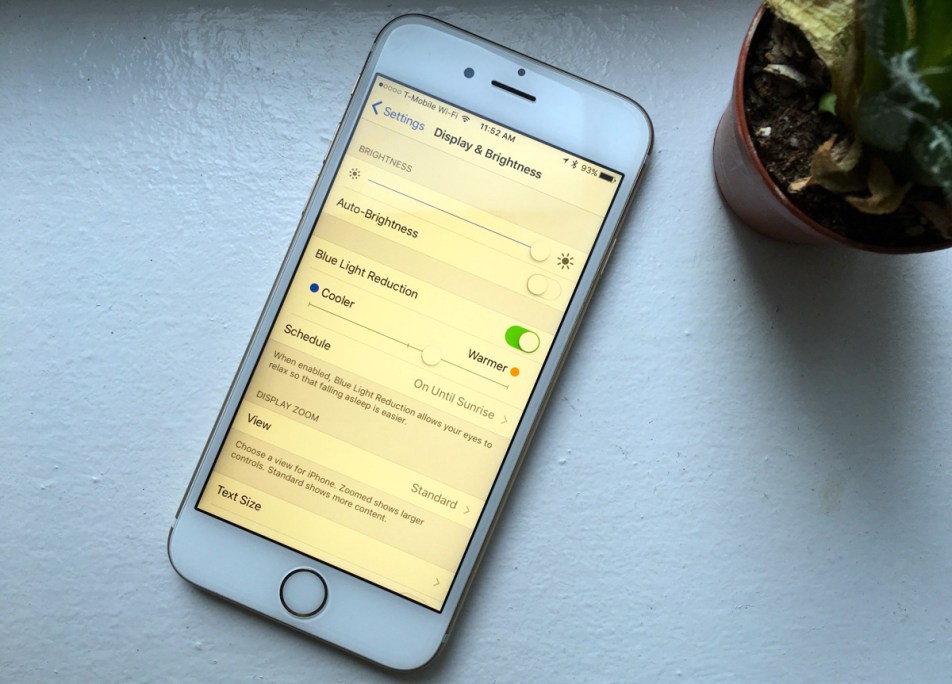 Some features Apple introduces on the iPhone and other iOS devices are new and novel. 3D Touch is a great recent example of a new feature so innovative and intriguing that Apple’s rivals are already hard at work trying to steal it. Then of course there are other times when Apple introduces new features in iOS that are stolen from other platforms. iOS’s previous-generation app switcher interface was a blatant copy of the one from Palm’s web OS phones, and the Notification Center on Apple’s iPhone is straight out of Android.

As it turns out, the best new feature from iOS 9.3 falls into the latter category and we’ll show you how to enjoy it on Android or any other platform you’d like.

MUST SEE: The math they don’t want you to see: iPhone carrier trade-ins are always a bad idea

The new Night Shift feature in iOS 9.3 is awesome. And it’s stolen.

An app called f.lux has been around for years on Windows and OS X, and it helps combat eye fatigue by reducing the amount of blue light emitted by a display. It’s quite brilliant actually, and it’s even more useful on a smartphone than it is on a PC considering how late into the night we stare at our cell phone screens.

Recently, f.lux released its app for the iPhone and it was promptly banned. Bummer.

Of course, Apple doesn’t always bother with banning apps that developers make available to be “side-loaded,” but it did in this case because it was in the process of stealing the feature and baking it right into iOS. In iOS 9.3, which was released recently to developers, it is present as “Night Shift.”

If you want Night Shift on you iPhone and you don’t want to wait, you can install it right now without a developer account or a public beta account if you so choose. If you’re on any other platform, getting the feature is much simpler.

On Windows or OS X, just get f.lux, a free download on the app’s website, which is coincidentally justgetflux.com. The developers behind the app don’t make an Android version for whatever reason, but there’s a great alternative called Twilight and it’s also a free download.