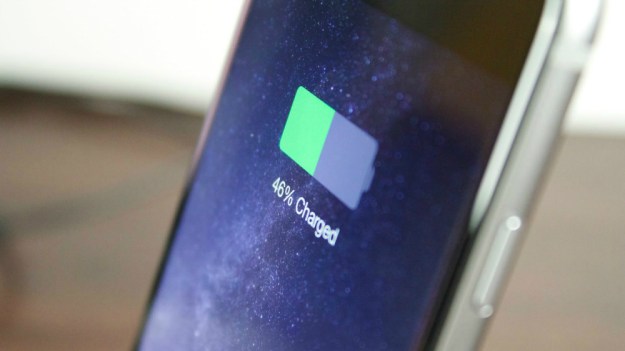 If your iPhone dies and you need to juice up as quickly as possible, there’s an incredible and little-known tip that can help you charge up your iPhone faster than ever. While most people know that charging your iPhone in Airplane Mode can help speed things along by ensuring that your device doesn’t tax it self by updating apps in the background or perhaps straining for a weak cellular signal, this particular tip can really be a lifesaver when you need a charge in a pinch.

The simple solution? Charge your iPhone with your iPad charger.

Does Apple recommend this? Is this even allowed?

Actually, yes. There’s even an Apple support page which explicitly states that you can charge up all iPhone and iPod models with the iPad’s USB power adapter.

Now why does this speed things up? Well, the answer is quite simple. Your iPhone charges at different speeds depending on its energy supply. You’ve probably noticed this yourself when you’ve watched your iPhone charge up at a snail’s pace when connected to your laptop. That said, it shouldn’t come as much of a surprise that the bulkier iPad charger is a bit more powerful than the charger that comes standard with the iPhone.

Whereas the standard iPhone charger can only handle 1 amp, the iPad charger can handle 2.1 amps. As a result, charging up your iPhone as if it were an iPad can reportedly get you to a 10% charge in half the time it would take with a regular charger. What’s more, charging your iPhone to 100% with an iPad charger will save you upwards of an hour. Notably, this trick only works on the iPhone 6 and 6s. While you can still charge older iPhones with an iPad charger, those devices won’t charge any faster.

“Unlike earlier iPhone models which would only draw 5W regardless of the charger being used, the new phones are capable of drawing up to 12W, allowing them to charge at a faster rate,” MacRumors noted a while back.

If you’re on the go and need a boost of battery power as quickly as possible, this is a great tip to keep in mind. Now, to be clear, you probably don’t want to charge your iPhone like this all the time. Every once in a while is fine, but some battery experts say that routinely exposing your iPhone, which was designed to accommodate 1 amps, to the more powerful iPad charger may shorten the lifespan of your battery.

Speaking to this point, Steve Sandler of AEi Systems explains that the iPhone’s “circuits are designed to manage the flow of electricity to the battery, and if the circuits inside the iPhone were designed to tolerate 1 amp, but are routinely exposed to 2 amps, that could stress the system over time.