Are critics completely useless? ‘Batman v Superman’ just had one of the biggest openings in history

Are critics completely useless? ‘Batman v Superman’ just had one of the biggest openings in history 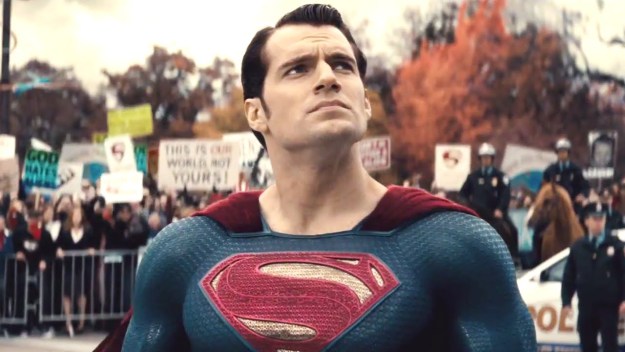 Did the world lose the last film critic who actually mattered when Roger Ebert passed away almost exactly three years ago in April 2013? I can recall reading Ebert’s reviews ahead of movie debuts a number of times and basing my decision of whether or not to see a new movie in part on his assessment. Now, I can’t speak for everyone, but there isn’t a single film critic out there today whose opinion I value enough to make the same claim about. Or perhaps I can speak for everyone… if this weekend’s Batman v Superman: Dawn of Justice premiere is any indication.

Last week as the debut of Zack Snyder’s big budget superhero showdown neared, film critics published their reviews following a series of early screenings. To put it mildly, they were not impressed by the epic clash of titans that would see DC Comics characters Batman and Superman meet on screen in a live action film for the first time.

To be a bit less polite, many critics hated the movie. You can read our quick review roundup here, and this quote pretty much sums it up:“Shamelessly, Batman v Superman lunges for a funereal mood in its final stretch, but come on: We all know superheroes don’t die, not when there are reboots in the balance. After this one, you’ll wish a few of them did.”

Critics were so hard on the new movie that star Henry Cavill and director Zack Snyder had to defend the movie by responding to the criticism in a recent interview. The reviews undoubtedly left them feeling uneasy going into the movie’s opening weekend, right? People far and wide must have read all these negative reviews and decided to spend Easter weekend home instead of hitting the theaters, right?

As our sister site Variety reports, Batman v Superman: Dawn of Justice took in a massive $424.1 million at the box office during its premiere weekend. Clearly, the critics’ reviews carried a great deal of weight with moviegoers. That massive figure gives it the fourth biggest opening of all time behind Harry Potter and the Deathly Hallows: Part 2, which made $483.2 million in its opening weekend.

In the U.S., Batman v Supeman’s $170.1 million weekend was the biggest ever for a movie that premiered in March. Apparently, moving the schedule up from May to avoid going up against Marvel’s Captain America: Civil War was a smart move.

Also of note, Variety had one of the more positive Batman v Superman reviews out there, and it’s worth a read if you haven’t yet seen the movie.