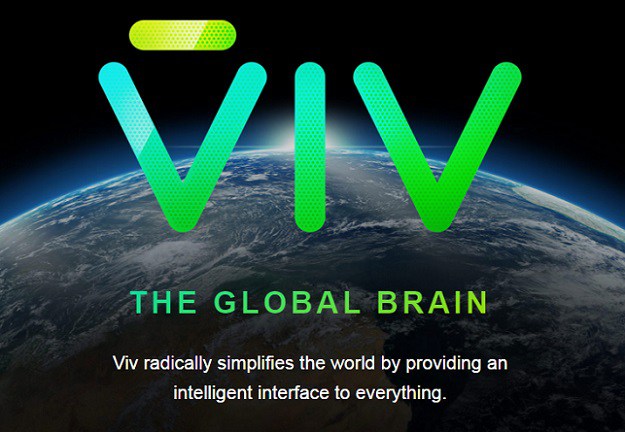 Dag Kittlaus, one of the co-founders of Siri, didn’t stay in Cupertino for too long following Apple’s $200 million acquisition of Siri back in 2010. Since then, Kittlaus has largely stayed under the radar, but he recently re-emerged at SXSW last week where he provided the tech press a teaser regarding his next big project.

Put simply, Kittlaus is working on an AI system dubbed Viv (aka The Global Brain) that promises to be much smarter than anything else currently available on the market, including Siri and Cortana.

What makes Viv unique, according to Kittlaus, is that it can better understand and process contextual queries that might otherwise confuse other AI systems.

For example, Kittlaus explained that Viv would be able to process a query like “What’s the weather near the Super Bowl?” by first determining which city the Super Bowl is being held in and then determining the weather in that location. Another example of a query Viv could handle, according to Kittlaus, would be something like, “Find me a flight to Dallas with a seat that Shaq could fit in.”

“The more you ask of Viv, the more it will get to know you,” Kittlaus said at the conference, in remarks relayed by USA Today. “Siri was chapter one, and now it’s almost like a new Internet age is coming. Viv will be a giant brain in the sky.”

A 2014 profile of the company in Wired adds:

Now a small team of engineers at a stealth startup called Viv Labs claims to be on the verge of realizing an advanced form of AI that removes [Siri’s] limitations. Whereas Siri can only perform tasks that Apple engineers explicitly implement, this new program, they say, will be able to teach itself, giving it almost limitless capabilities. In time, they assert, their creation will be able to use your personal preferences and a near-infinite web of connections to answer almost any query and perform almost any function.

Viv currently lacks an official launch date, but Kittlaus did make a point of noting that 2016 will be an important year for the product.