The perks of iOS: The App Store is your oyster

The perks of iOS: The App Store is your oyster 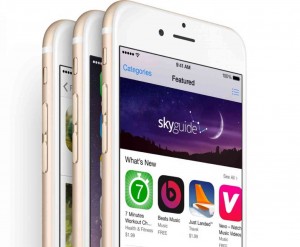 I try to be as unbiased as I can when it comes to different smartphones and operating systems. Objectively speaking, there are things to like and dislike about each platform, and just because one might work better

for me personally doesn’t mean that the other ones suck. There’s a weird stigma in this industry that makes it seem like if you prefer one OS over another then you are therefore a sworn enemy of somebody using a different operating system. I’ve personally never seen it that way, but to each their own.

With that being said, I do have my preferences on what works best for me personally. This changes from time to time, I’ve noticed, depending on what’s going on in my life. If I have a lot going on, for example, I like to keep my OS as simple as possible. iOS tends to work best for me during these times, which is what I currently normally use as my daily driver. On the other hand, when I have more time to tinker with my phone I like to use Android. To make sure I cover all of my bases, I can’t forget about Windows 10 Mobile and BlackBerry. Basically I see them as operating systems that I can appreciate, but don’t really work best for me on a day-to-day basis.

Right now I’m on an iOS kick, and I have been for about a year and a half. I like it because it’s simple and, to incorporate an age-old cliché about it, “it just works”. Although I’m currently using the Note 5 for about another week, I will most likely be returning to my iPhone 6 at the end of my Ultimate Test Drive. It’s not the fastest phone on the block these days, but it still does a great job of handling everything that I need it to do.

Aside from simplicity, one of the things I like most about iOS is that you’re almost never left out when it comes to apps. You pretty much have access to everything important: Apple, Google, Microsoft, and just about all major third-party apps are all a part of Apple’s massive app ecosystem. No matter what services you use – whether it’s one or several – iOS seems to have it all. Since I use a mix of Apple, Google, and Microsoft’s services, it’s definitely a big plus for me. There’s even rumor going around that says Samsung might start supplying its own app line-up to iOS (although I haven’t yet found much use for them aside from S Note, which most likely won’t ever appear on iOS) – but that would still be another major contribution to iOS.

Lack of apps and app support is a big reason why I’m not too fond of Windows Phone or Windows 10 Mobile. Although I’ve always been impressed by its minimalistic design, the lack of apps that I use on a daily basis just ends up killing it for me. The same can be said for BlackBerry, although I feel like it’s less of a problem here since the introduction of the Amazon App Store and the ability to sideload Android applications. And although Android doesn’t have access to all of Apple’s services, I think Apple’s services are the one thing I can do without – Google’s and Microsoft’s, on the other hand, are must haves for me, both of which are fortunately available on Android. It helps that third-party applications are equally as plentiful on Android as they are on iOS.

As it stands currently, though, Apple is able to offer the most when it comes to reputable apps and services. Albeit the only real thing Apple has over the competition is Apple’s own services (for the most part), but being selfish seems to be working out relatively well for them so far. With that in mind, I wouldn’t be surprised if one day we’ll see Apple follow in the footsteps of BlackBerry, and offer their iconic services (such as iMessage or iCloud) to other platforms should their success eventually flounder. Until then, the Apple exclusives remain a perk for iOS users, and only iOS users.