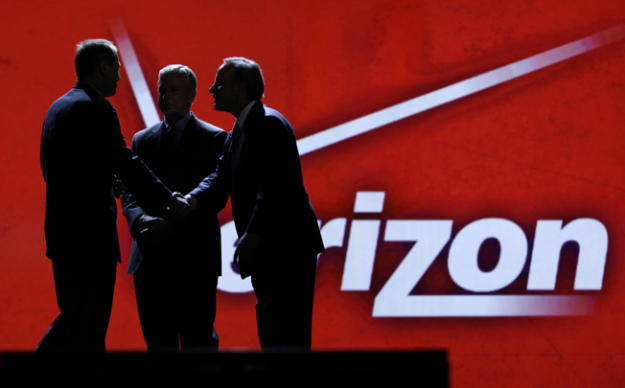 How much is your privacy worth to the Federal Communications Commission? Not quite as much as it is undoubtedly worth to you. Back in 2014, it was discovered that Verizon Wireless was found to be using a technology called “super cookies” to secretly track customers and then use the data collected to enhance its offering to advertisers. These special cookies tracked every single unencrypted website a user visited on his or her mobile device, and here’s the best part: It was initially impossible to opt out of this invasive tracking technique.

Once uncovered, Verizon took plenty of heat in the press. But like all things on the Internet, people eventually forgot all about it. Now, however, we just got a brief reminder because the FCC just slapped Verizon with a little fine and put in place a few rules for the use of super cookies.

In the fourth quarter of 2015 alone, Verizon pulled in more than $34 billion in revenue. Its profit totaled $5.5 billion during the period. The penalty for selling subscribers’ private web browsing without letting them know and giving them no way to opt out? $1.35 million.

The FCC slapped Verizon with the fine on Monday, stating that the carrier must also get subscribers’ permission before it uses the data gained from tracking them with advertisers. A novel concept, indeed. The FCC also said that Verizon must make more of an effort to inform its subscribers that they’re being tracked in the first place, and Verizon says it has already been working on that.

“Verizon gives customers choices about how we use their data, and we work hard to provide customers with clear, complete information to help them make decisions about our services,” Verizon’s regulatory spokesperson Rich Young said. “Over the past year, we have made several changes to our advertising programs that have provided consumers with even more options. Today’s settlement with the FCC recognizes that. We will continue to give customers the information they need to decide what programs and services are right for them.”

How much money did Verizon earn during the period of time it was using super cookies to track its customers and then selling that data to advertisers? We may never know an exact figure, but it’s probably a safe bet that it was somewhere well north of $1.35 million.

There may be some good news in the end, though. As The New York Times noted, the FCC is expected to make a new proposal as soon as this week that may provide more protection to consumers against this type of privacy violation.