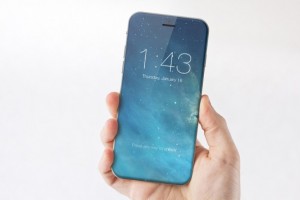 In case you missed it, one of the most intriguing iPhone 7 rumors out there says that Apple is cooking up a special dual-camera system for this year’s flag ship.A rear dual-camera for the iPhone might be a game-changer for photography professionals, as was explained in a recent detailed video. However, reports that have mentioned this particular camera setup also suggested there’s some bad news that’s inevitably going to anger a lot of Apple fans.

Weighing in on the matter, the world’s most accurate Apple insider offered an opinion that’s in line with current rumors detailing the iPhone 7’s camera setup.

In a note to investors, Ming-Chi Kuo apparently “clarified that Apple will offer both single and dual-camera versions of the iPhone 7 Plus,” as MacRumors explains. The research note mostly covers the upcoming iPhone SE, and Kuo did not make any other iPhone 7 predictions.

Previous rumors also noted that Apple’s most complex iPhone camera yet might disappoint some iPhone buyers as it would not be available across Apple’s entire iPhone 7 lineup. Instead, a premium version of the 5.5-inch iPhone 7 Plus would get the new camera system, but not the smaller iPhone 7.

So far, Apple the only differences between the 4.7-inch and 5.5-inch versions of Apple’s iPhones have been the screen and battery sizes, and the presence of optical image stabilization on the rear camera of the Plus model. Starting in 2016, this might change if Apple indeed moves forward with plans to only equip a premium version of the iPhone 7 Plus with this new camera system.